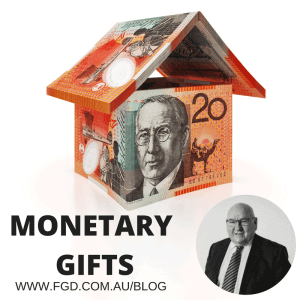 When parents give money …

It is fairly common that in a property settlement an issue arises about how to treat a gift made to the couple by one of their parents.  It is quite common for parents to assist their children by a gift, or by loan which later becomes a gift.  If their marriage breaks up how do the courts treat that gift? ie is it considered to be a contribution to the asset pool by one spouse or both?

Obviously the perspectives of the husband and the wife about those payments can vary.  If it is the husband’s parents who gave them money then he usually takes the view that that should be considered as a contribution by him.  The wife may take the view that it was a gift to both of them and should benefit both of them.

Predictably the courts have often had to deal with that situation and have adopted a consistent approach.

Where there is no evidence of any intention by a parent/donor as to whether he or she wished to benefit only his or her child or also to benefit the spouse of the child as well, then the fact of the parent-child relationship will be sufficient to establish a contribution of the donation by or on behalf of the child of the parent.

In other words, contribution by a parent of a party to a marriage to the property of the marriage will be taken to be a contribution made by or on behalf of the party who is the child of the parent unless there is evidence which establishes it was not the intention of the parent to benefit only his or her child.  (Kessey’s case 1994 Family Law Cases).