On 12 February 2018 our Prime Minister, announced that the Ministerial Code of Conduct had not been breached as a result of Ms. Campion being invited to take on positions with Senator Canavan and then Damien Drum after being moved from working with the Deputy Prime Minister, Mr. Joyce. He argued this is because at the time of her being offered these roles she was not Mr. Joyce’s partner.

This is notwithstanding that her relationship with Mr. Joyce had apparently been in existence for some time and the reasons for the move was principally because of the personal relationship between her and the Deputy Prime Minister.

The purpose of this Blog is not to analyse whether there has been a breach of the Ministerial Code of Conduct. That question can be left to others.
The interesting question from a family lawyer’s perspective is whether a person can be in multiple relationships at one time. That is, is it possible to have a wife and a partner?  Or, a husband and a partner?  The short answer to this question is, Yes.

The Family Law Act provides at section 4AA(5)(e) as follows:

It further provides, at section 4AA(1) :

A person is in a de facto relationship with another person if the persons are not legally married to each other and … having regard to all the circumstances of their relationship they have a relationship as a couple living together on a genuine domestic basis.

The Act sets out a number of factors to take into account to identify if there is a relationship as a couple. These include matters such as the duration of their relationship, the nature and extent of their common residence, whether a sexual relationship exists (as Rumpole famously put it, ‘staying in’ as opposed to ‘going out’), the degree of financial dependence or inter-dependence between them, the degree of mutual commitment to a shared life, the care and support of children etc.

The list of factors set out is not a prescriptive list and are simply factors to consider when determining whether two people are in a relationship as a couple. Notably exclusivity is not on the list.

The next question is who may make an application for property settlement and on what basis?

In relation to the de facto partner he or she may make an application pursuant to the relevant section of the Family Law Act if the court is satisfied: 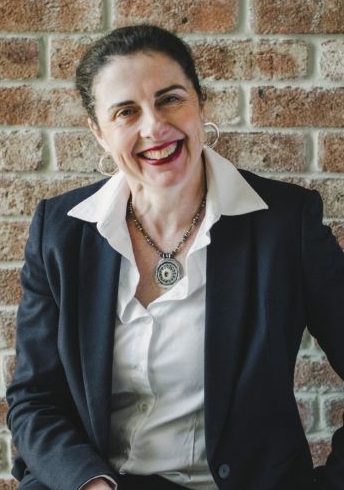 Juliette Ford is a director in our Canberra Office.