Who is a Legal Parent in IVF Procedures? | Family Law and Fertility

In Vitro Fertilisation (IVF) essentially means that an egg is fertilized outside the body and is then implanted into the uterus. It is basically any way (medically assisted or not) by which a woman becomes pregnant other than by having sexual intercourse. So, who is a legal parent in IVF procedures?

The law says that if a child is born to a woman as a result of the carrying out of an artificial conception procedure while the woman was in a marriage or de facto relationship with another person, and the woman, her spouse and the donor of the genetic material consented to the procedure, then the child:

This means that if a woman gives birth to a child conceived by way of IVF then her partner (male or female) is presumed to be the other legal parent (as long as the parents consented to the procedure at the time of conception).

If intercourse occurs, then biological parentage determines the legal parent. This is true even if the parents agree that the “father” will have the role of “sperm donor” only.

The policy rationale behind this legislation is to positively provide that the donor of sperm or eggs do not incur any liability or retain any rights in relation to a child born as a result of artificial insemination.  The same does not apply when there is conception naturally.

In summary, if there is a sperm donor and a child is conceived by an artificial procedure using his sperm then the donor is presumed not to be a parent and he has no legal or financial obligation to the child. In the ACT (and NSW) a donor must consent to have identifying details accessible to any child conceived as a result once the child turns 18.

Each of the states and territories have presumptions of parentage.  For example, in the ACT we have a presumption that if a woman is married or in a civil union/partnership when she gives birth, the parents are assumed to be the woman and her spouse.

This “parentage” can be transferred, as is required in surrogacy matters (more about this another time). Most jurisdictions in Australia have enacted amendments to their legislation to recognize a non-birth mother as a presumptive parent of a child born through assisted reproductive services.

In the ACT, such parentage is presumed and both parents can be recorded on the birth certificate.

If you are considering donating gametes or using donor gametes to conceive, most fertility clinics will recommend that you seek legal advice first.  Certainly this is very sensible to avoid costly and stressful legal proceedings where there is ambiguity after the child has been born.

If you have any questions about the legal aspects of IVF or surrogacy, contact Kirsty McLeod for more information. 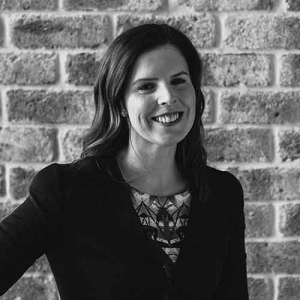 Kirsty began her career in New Zealand but (fortunately for us) moved to Australia in 2010. She is our go-to person for surrogacy and parentage work (which is really complicated, so you’ll need an expert) and has spoken at conferences and even participated in a parliamentary roundtable inquiry on the subject. She has run lots of contested and tricky parenting cases.