The new Federal Circuit and Family Court of Australia – what does the Court merger mean for me?

Under legislation which passed through Parliament on 18 February 2021,* the Australian Government has introduced structural reforms in an attempt to reduce the inefficiencies, costs and confusion that were an unfortunate byproduct of the former court structures.

The new Court system will continue to rely on the expertise and dedication of judicial officers and Court staff. The new Court system also reassigns the way that various stages of a Court matter are managed. These steps aim to ensure that personnel are involved at the most effective points and free up Court resources where needed.

What does the ‘merger’ involve?

The bringing together of the two Courts establishes a single point of entry for federal family law matters. The new Court structure comprises of two divisions:

The ‘merger’ also aimed to establish a unified set of court rules, practices and procedures, although we note below that this actually consists of multiple sets of rules and procedures which came into effect on 1 September 2021.

I am self-represented – will this make things easier for me?

Many of the new Court forms come in ‘kits’ which set out the information required to fill out the forms. For example, if you have ever had difficulty working out which personal or business interests to include within your financial statement or divorce application, these resources are designed to step you through the relevant forms.

The new Court website sets out the forms that are commonly used in family law matters at this link: https://www.fcfcoa.gov.au/fl/forms

It is important to note that the new Court system pays particular attention to compliance with the pre-action procedures set out at Rule 4.01 and Schedule 1 of the Federal Circuit and Family Court of Australia (Family Law) Rules 2021. These documents set out a clear pathway that all litigants must follow unless they meet particular exemptions such as lack of safety. The pre-action procedures include making attempts to participate in alternative dispute resolution, exchanging a notice of intention to claim, attempting to settle and exchanging disclosure as far as practicable.

Additional requirements include filing a Genuine Steps Certificate and Questionnaire relating to either Financial or Parenting matters prior to filing an Initiating Application or Response to Initiating Application. While this increases the steps required, ultimately these steps aim to reduce the number of barriers that may cause delays and complexity at later stages of a matter.

Multiple aspects of the new Court system aim to accelerate processes for litigants and bring about a swift and inexpensive resolution to each matter.  Examples include an increased focus on dispute resolution before and during matters to help parties resolve major or minor aspects of their matter as far as possible. The new Court system also focuses on ensuring that the appropriate evidence is ready at each stage of the matter, to avoid matters being relisted multiple times due to noncompliance or relevant experts and documents being unavailable.

The new Court structure features a national contravention list. This involves the addition of Contravention Registrars around Australia who deal specifically with contraventions of Court Orders. This initiative aims to reach contravention matters more efficiently.

Finally, the new Court system aims to provide increased access to child protection and police information services by co-locating these services at relevant Court buildings. These facilities may assist you to resolve other aspects of your matter more easily.

I have a parenting matter – will the new system give my children more of a voice?

The new Court system replaces the former Child Inclusive Conference that is involved in some matters with a Child Impact Report. This report will focus on the ways in which the dispute is affecting any children in the matter and aims to provide them with more of a ‘voice’ in the proceedings. Feel free to contact our office if you are likely to require a Child Impact Report in your matter.

What will the new Court system look like in practice?

Prior to the merging of the two Courts, the government emphasised the objectives of producing a uniform, common set of rules, practices, procedures and forms. While significant work has been done to streamline court procedures and practices, the new Court system still features multiple sets of rules including the following:

These rules and the associated Practice Directions provide for a number of additional documents to be filed prior to filing an application or response with the Court.

We recommend that you contact a member of our team if you have any questions about your family law matter or the way that the new Court system will affect you. We are very happy to assist you with navigating the new procedures and reaching an outcome as efficiently as possible. 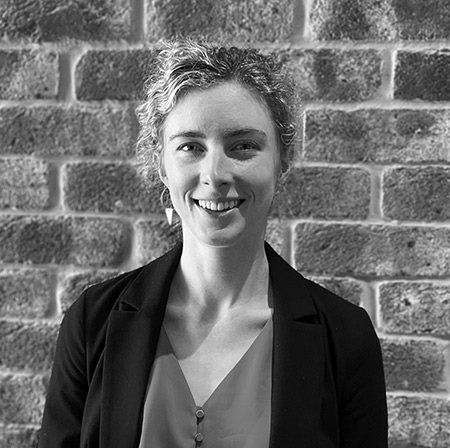 Melany formerly worked as a Legal Associate in the Family Court of Australia and is well-equipped with an understanding of complex parenting cases, particularly those involving questions of risk and what is in the child’s best interests. She has experience delving into unusual property matters involving superannuation and cryptocurrency.