Family Law Questions: Superannuation and long service leave – whose is it? 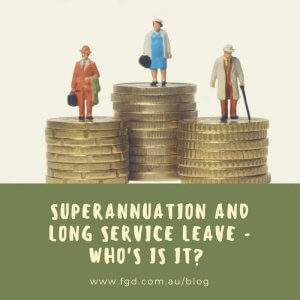 It is common for one party to accumulate more, or sometimes all, of the superannuation that the parties have at the end of their marriage?

Unfortunately it is also common for that party to think that the super is theirs and theirs alone. After all, in their mind, they or their employer paid for it and the other party did not make any contribution to it.

The courts take a different view.

Superannuation entitlements accumulated during a marriage have long been regarded as matters to be brought into account in favour of both parties. Contributions by one spouse to superannuation usually mean the reduction of moneys available for the family. Employer contributions are usually part of an employment package and courts view employment entitlements during a relationship as being equally contributed to by both parties.

The same observations can be made regarding long service leave and redundancy entitlements.

Of course sometimes super, leave entitlements and redundancy packages are referrable to periods of employment some of which are outside the cohabitation period. In the past courts often apportioned those entitlements in percentage ways by comparing the period of cohabitation to the total period of fund membership (see West v Green).

In recent years the courts have rejected such a mathematical approach in favour of the exercise of a general discretion to do justice in each individual case. However it is clear that a party who has brought in or earned substantial super or other employment entitlements outside the period of the relationship will be considered to have made greater contributions to those entitlements than the other party. The exact sharing of those contributions will be a matter for the discretion of the Judge.

If you have superannuation, leave entitlements or redundancy packages and are concerned that your spouse may have a claim, or have other family law questions, contact us for advice specific to your circumstances. 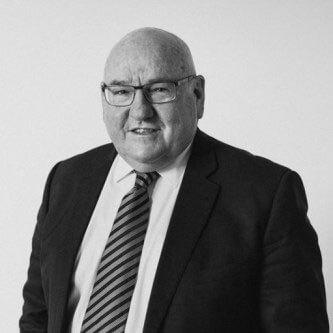 Denis Farrar is a Family Lawyer and Director at Farrar Gesini Dunn.