The ACT Law Society have written to me telling me that this month sees the 40th anniversary of my admission to practice and of my holding a Practicing Certificate continuously for that period. This month also saw the 20th anniversary of the founding of Farrar Gesini Dunn.

Apart from making me feel very old these events have caused reflections on 20 years and the major developments in the law, our lives, and our legal practice over that period.

In 1995 I was a sole practitioner with a bright young employee, Ann Northcote. I had previously worked as a partner of John Faulks and Co. which partnership ended in 1992. Later I formed a partnership with James Gralton and that ended after a couple of years.

Jim Dunn and Olivia Gesini worked for Macphillamy Cummins and Gibson, then a very large and long-standing Canberra law firm. Olivia had grown up in MCG and Jim had moved there from a partnership in Nowra.

Jim approached me to go in to partnership with him. It was somewhat of a surprise as I had not had much to do with Jim, we having only run one case against each other as far as I can recall. MCG were getting out of doing family law work and had told Jim and Olivia, who were the family lawyers in the firm, that they could take their files with them. Olivia had initially contemplated joining up with another sole practitioner but in the end decided to join forces with Jim and I.

FGD started in July 1995 with 1 employed solicitor (Ann) and a few staff who had worked with me at Denis Farrar and Co. I think we were originally about 7 in number.

Today there are more than 50 of us across our Canberra and Melbourne offices and including our related firm Certus Law.

Initially our practice was in what was called the Prudential Building on the corner of University Avenue and London Circuit. A few years later we moved to the CML Building. It is fair to say that our initial offices were far from luxurious. I recall bringing in some cutlery and crockery from home to start up our kitchen. The thought of printing our own stationary and coffee cups with our own logo, was far from our minds. We would have thought it was an unaffordable expense.

The fax machine was our most valuable piece of technology.

As we all had established practices there was no shortage of work in the initial years. I had worked in the family law area in Canberra for 20 years and Jim and Olivia were experienced practitioners who came into the partnership with their own files from MCG. Soon after our partnership commenced MCG disintegrated and were taken over by a large national firm, leaving the MCG partners with substantial debt. Jim and Olivia thanked their lucky stars that they had not pursued a partnership with MCG.

From little acorns mighty oak trees grow. 20 years ago none of us envisaged the size and breadth of the legal practice we have created. None of us contemplated expanding into other cities, but in 2013 we opened in Melbourne and this office is now a valued part of our business. In 2007 we started Certus Law, undertaking non-family law work. Since 2014, Mark Tigwell’s property and commercial practice has added to the services provided by Certus.

The future is unpredictable. 20 years ago none of us expected that the firm would become what it is today. Maybe more reflections on 20 years in time – who knows? 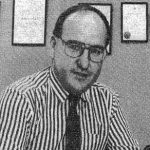