Gender Dysphoria and the Family Court 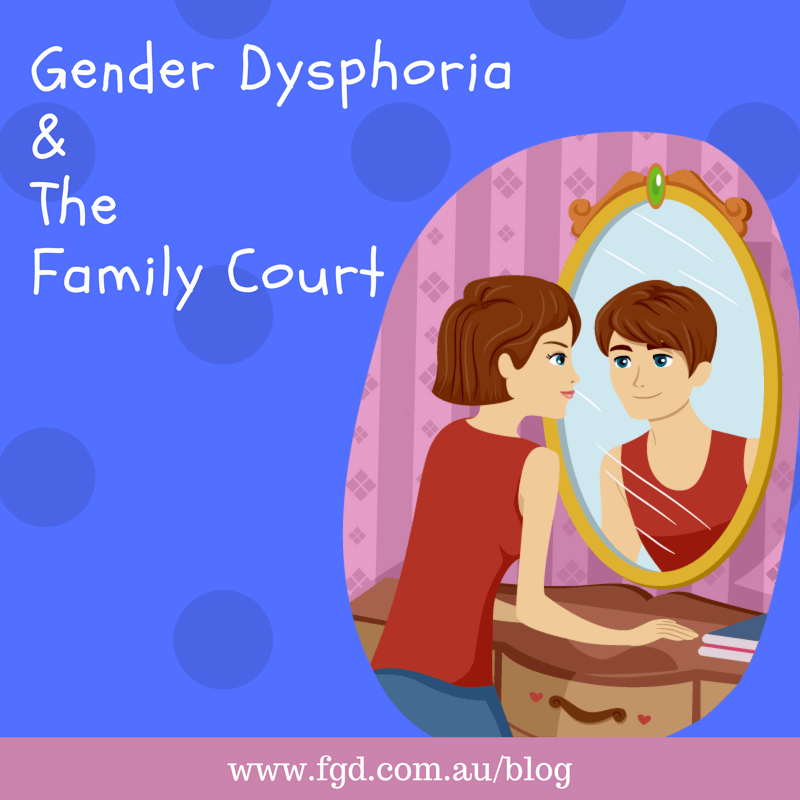 The issue of gender dysphoria has been in the media quite a bit recently.  This issue is of particular interest to me as an Independent Children’s Lawyer (ICL) as ICLs are often appointed to represent the best interests of the child involved.
In a Family Court decision made late last year (Re: Kelvin (2017) FLC 93-809), it was held that the Court will no longer intervene in matters where children diagnosed with gender dysphoria sought to undergo hormone therapy (‘Stage 2 treatment’) where their parents and treating doctors agreed to the treatment and where the treatment is therapeutic (meaning treatment given in response to a disorder). Specifically, the Court determined that it was not necessary to make a finding about the competence of the child to consent to their own medical treatment.

The Family Court has now extended that decision to include children who wish to undergo surgery (‘Stage 3 treatment’).

The declaration made by the Family Court in Re: Matthew [2018] FamCA 161 (16 March 2018) means that children diagnosed with gender dysphoria who are able to consent to their own medical treatment (known as ‘Gillick competency’), whose parents and treating doctors agree, and where the treatment is therapeutic, will not have to apply to the Family Court for permission to undergo surgery.

Re: Matthew involved an application made on behalf of a 16-year old who was born genetically female but identified as a male. Matthew (a pseudonym) wished to undergo a double mastectomy as the presence of breasts created ongoing conflict and anguish. Evidence was given to the Court that the procedure would ‘reduce [Matthew’s] psychological pain…reduce his dysphoria, improve his self-esteem and social confidence [and] reduce his suicidal ideation.’

It is important to note that all of the people involved in assisting Matthew were in agreement as to treatment. Where there is disagreement, or where the child is in ‘state care’, the Family Court will still need to make a decision as to what should happen.

Significantly, the Family Court also determined that where the competency of a child to make their own decisions about medical treatment is agreed between the treating doctors and health professionals, there is no need for the Court to make that decision either.

To assist those looking to the Family Court for guidance on issues relating to gender dysphoria, the Court made the following declaration:

That in the circumstances of this case, where the subject child has been diagnosed as suffering from Gender Dysphoria, where treating practitioners have agreed that the subject child is Gillick competent, where it is agreed that the proposed treatment is therapeutic and where there is no controversy, no application to the Family Court is necessary before Stage 3 treatment for Gender Dysphoria can proceed.

This decision marks further significant progress in relation to children diagnosed with gender dysphoria and means that the burden of litigation is removed is circumstances where there is no dispute about what should happen.

If you, or someone you know, needs advice about an issue relating to gender dysphoria, you can come and see us at Farrar Gesini Dunn.

Jessica Cruise is a senior solicitor in our Canberra Office