One of the less obvious consequences of Brexit is that there are friendships and relationships that now may not be formed by reason of the increased barriers to intra-European travel that will be imposed upon Britain leaving the EU. A recent Australian family law decision may have a similar effect.

In a 2016 decision, Justice Rees permitted property settlement proceedings between two separating spouses to occur both in Australia and in China.

This is normally due to a lack of enforceability and because it would be overly oppressive (expensive, stressful, inconvenient, etc) on the parties to do so.

However, in the Han and Lao case, the circumstances of the parties were enough to convince the judge to abandon the norm.

This matter, which remains ongoing, centred on a property settlement between Ms Lan, a citizen of China and Mr Hao, who was born in China but had obtained Australian citizenship.

The parties were married in Australia in 2004, but they chose to live apart for the majority of their relationship, with Ms Lan living in China and Mr Hao opting to remain here. In the following years, each party was able to maintain employment and also purchase and dispose of properties in their respective countries.

Interestingly, after separation each of the parties then chose to commence property proceedings in the country in which they did not reside during the relationship, with Ms Lan choosing to do so in Australia and Mr Hao doing so in China. One can only speculate as to the reasons for the parties’ respective choices of forum.

In August 2016, Justice Rees heard an application by Ms Lao which, among other orders, required the Court to consider the appropriateness of each country as a forum for determining the issue of the division of the parties property at the end of their relationship.

With the assistance of an expert on Chinese law, it was found that Ms Lan’s claim against the property of Mr Lao in Australia could not be determined in a Chinese court. Conversely, it was acknowledged that an Australian Court could make orders in respect to the property in China, but these orders would not be enforceable in China.

As a result of this conflict in the law and, in the words of her Honour, as ‘…a consequence of the manner in which these parties have operated and conducted their personal and financial affairs, a direction was made that proceedings continue in both Australia and China.

This decision suited neither party and an appeal is on foot. This will likely mean that the matter will not be resolved any time soon.

Outside of the interests of Ms Lan and Mr Hao, the decision could have a lasting impact on parties to a relationship that crosses international borders. It doesn’t seem unreasonable to assume that the prospect of having to fight two property settlement cases in different countries may dissuade people from entering into such relationships, but maybe I’m just a cynical paralegal.

The decision of Justice Rees can be found here. 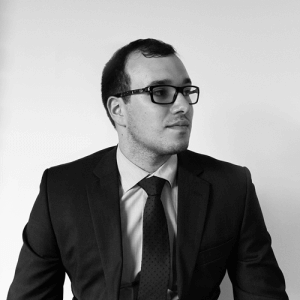 Nicholas hopes to be admitted as a lawyer in August 2017 at our Canberra office.