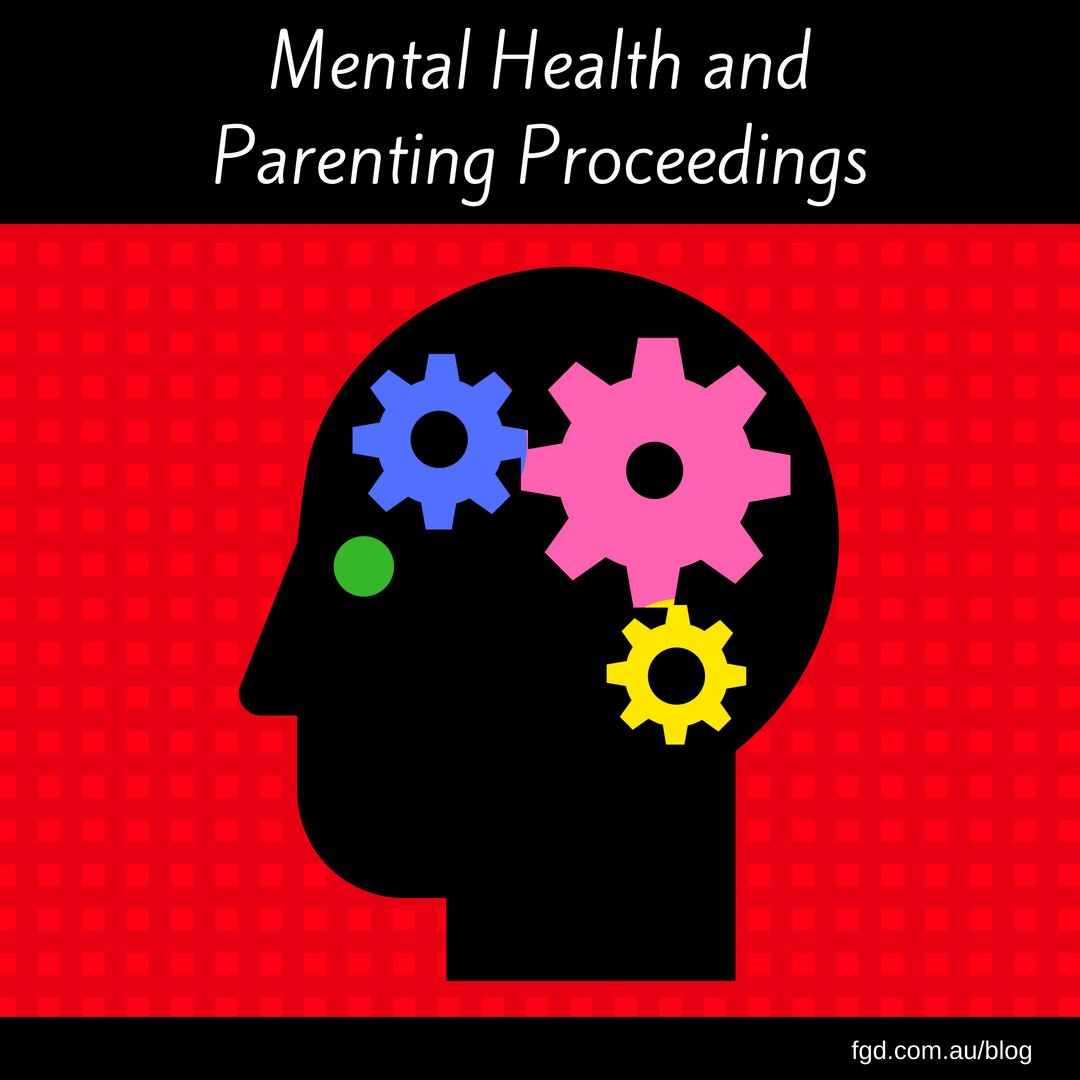 It is very common for people today to have some type of mental illness or to take prescription medication for depression or anxiety. Most are high functioning, impressive individuals who you would not suspect had such difficulties. Many of our clients are in that category.

But often our clients come to  us concerned that their mental health may be used against them by their former partner or spouse in their family law matters.

So what do we normally advise our clients?

It is probably best illustrated through a fictional, but all too common scenario:

These threats are normally tactics employed at the early stages of parenting negotiations to try and scare the other party into conceding to an arrangement that may otherwise not be in the best interests of the children.

It is typically the parent with whom the children do not live with that will make these allegations.

Referring back to the scenario, we would ask Sophie questions along the following lines:

The bottom line is that parents who have diagnosed mental illnesses can still effectively parent children while their conditions are being effectively managed through the use of medication or other means. As long as they can demonstrate that they are taking all reasonable steps to manage their health, the Court is unlikely to entertain an argument from a disgruntled former partner or spouse, and especially not if their mental health has not worsened and there have been longstanding care arrangements.

Henry’s attempts to raise concerns now about Sophie’s parenting capabilities due to her use of prescription medication are trivial, given that Henry has left the children in Sophie’s care during the relationship and the children have primarily been living with Sophie following separation. If Henry had any real concerns about Sophie’s ability to parent the children, the Court would have expected him to do something at the time to manage it.

Sophie’s scenario could be made much more complex by a variety of factors.

If you are trying to negotiate an arrangement for your children and your former partner or spouse is trying to employ these tactics, give us a call on 02 6257 6477 to discuss how best to address them.