The High Court to rule on Binding Financial Agreements 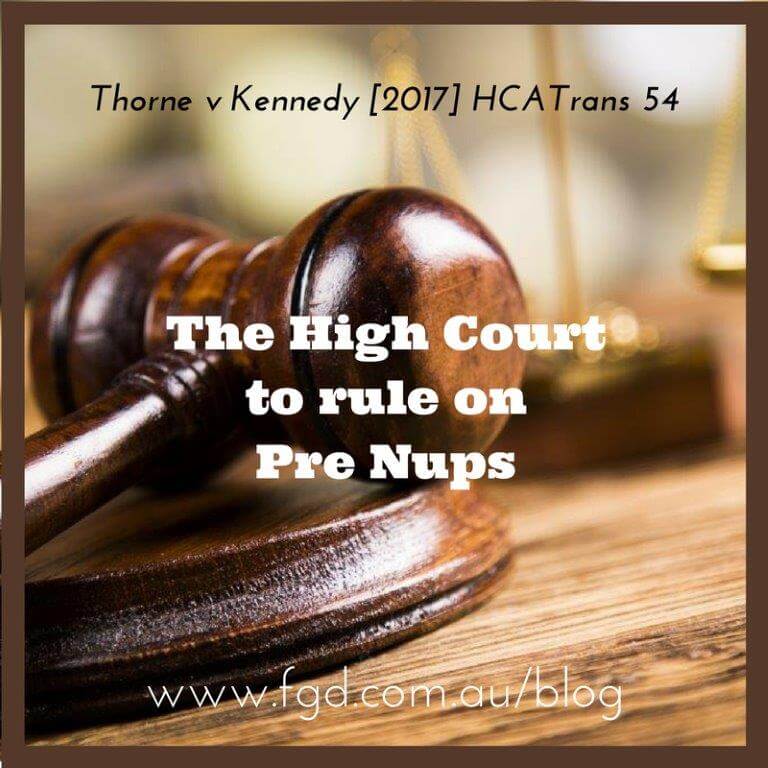 The High Court of Australia has granted leave to the Wife in proceedings to appeal a decision from the Full Court of the Family Court of Australia in relation to Binding Financial Agreements. Does the insistence by one party that the other party enter into a ‘pre-nup’ (or as they are referred to in Australia, a Financial Agreement), as a precondition of marriage sufficient conduct to constitute duress, undue influence, or unconscionable conduct?

Further, are intimate relationships so unique, that Courts should treat Binding Financial Agreements differently from other types of contracts?
By way of background, the parties met online through a dating website in or about mid 2006 and the commenced cohabitation in February 2007, in Australia. The wife lived in Romania and was then 36, whilst the husband was a 67-year-old property developer with approximately $18 million dollars of net assets.

A week before marriage in September 2007, the wife entered into an agreement under S90B of the Family Law Act, that was described by her solicitors to her as being “no good”.

The parties married and in November 2007, shortly after marriage, an agreement to the same effect was signed by the wife despite her solicitors advising that the “agreement was terrible and that she shouldn’t sign it”.

The parties subsequently separated, and the wife made an Application in the Family Court of Australia seeking to set aside that agreement. The husband died mid-way through the hearing in 2014 and the hearing has continued with the executors and trustees of his estate acting as case guardians.

At first instance Demack J held that the agreement was entered into under duress and set aside that agreement, meaning that ordinary principles of the Family Law Act pursuant to S79 applied in determining a property adjustment.

On appeal to the Full Court of the Family Court of Australia, Strickland, Aldridge, and Cronin JJ held that the agreement was binding in circumstances where they cited a commercial decision in the matter of ANZ v Karam, which held that duress required either threatened or unlawful conduct unless that agreement was entered into.

In addition, the Court held that despite the agreement placing the wife at a disadvantage vis-à-vis the husband, this in and of itself did not constitute a ‘special disadvantage’ to satisfy the test used to determine undue influence.
The wife has subsequently appealed to the High Court, seeking clarification on the law in respect of Financial Agreements.

It is important to look broadly at what underpins this Appeal as there are crucial issues that the High Court of Australia will be providing clarity on in this respect. Common law and the law of equity have differing views on the law of contract. Common law jurisprudence promotes a party’s freedom to enter into contracts – no matter how unfair they may be – whilst equity is concerned with each party’s inherent bargaining power and whether there was a misuse of that power which caused a party to enter into a contract.

The Court in this instance will be looking at the consideration that it is to take into account when looking at a party’s unconscionable use of power or whether they have caused the other party to be in the position to enter into an agreement of duress, in reference to the obligations that a marriage does create in relation to support, mutual support and maintenance.

The court will be looking at the concept of duress and how this is viewed in the family law context.

Does merely saying that “I will not marry you unless you sign this agreement” constitute duress (the act itself being lawful) or is there a need for actual threatened or unlawful conduct as the test currently requires – though practically speaking, this applies usually in a commercial context.

The High Court will consider the concept of undue influence, which takes two forms:  the first being expressed or actual undue influence which (on the authority of the decision by Starke J in the case of Johnson v Buttress) looks at either a gift or a contract being entered into because the weaker party did not have the benefit of free thinking and independent judgment to enter into that contract or to give that gift.

Similarly, the second category of undue influence is that of presumed undue influence which looks at the relationship of two parties vis-à-vis one another and takes the view that (pursuant to the judgment of Chief Justice Latham in Johnson v Buttress) certain forms of relationship are such that there is a presumption that a certain party will have exerted undue pressure on the other to enter into that agreement based on their knowledge, skill or expertise.

One such example of this is the relationship between a solicitor and client and another is that of a physician and patient. There are many other categories such as those of religious influence and that of a parent and a child. The High Court will be considering here whether the relationship of husband and wife is such that it may need consideration in the sphere of undue influence.

Furthermore at issue in this appeal as argued by the wife’s solicitor is the notion of unconscionable conduct in family law.  The linking case in this regard is that of Amadio which asserts that conduct which is in all the circumstances unreasonable will lead a contract to be void or voidable.

This equitable doctrine in the sphere of family law will look at the circumstances at which the contract was entered into rather than the strictly contractual principles that are espoused in common law and look at the notion of whether this term, unconscionable conduct, should have a greater application in family law because of the nature of the relationship of spouses.

The husband’s solicitors argued that Parliament had already created the intention when drafting the provisions of the Family Law Act with respect to financial agreement to take into account these factors.  Had Parliament had a different view it would have legislated differently, given that the principles that have been established above are well integrated into existing Australian case law.

This will be a very interesting decision to watch in circumstances where Justice Edelman noted:

In summary, the High Court will be determining both the extent and the nature of the legal and equitable principles imported into interpretations of Financial Agreements pursuant to the Family Law Act. It will do so by determining, in a Family Law framework, the meaning and application of the principles of duress, undue influence and unconscionability.

The High Court transcript can be found here. 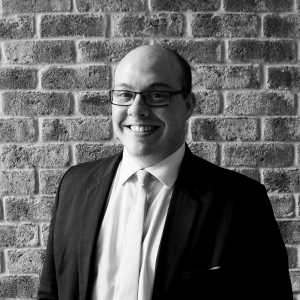