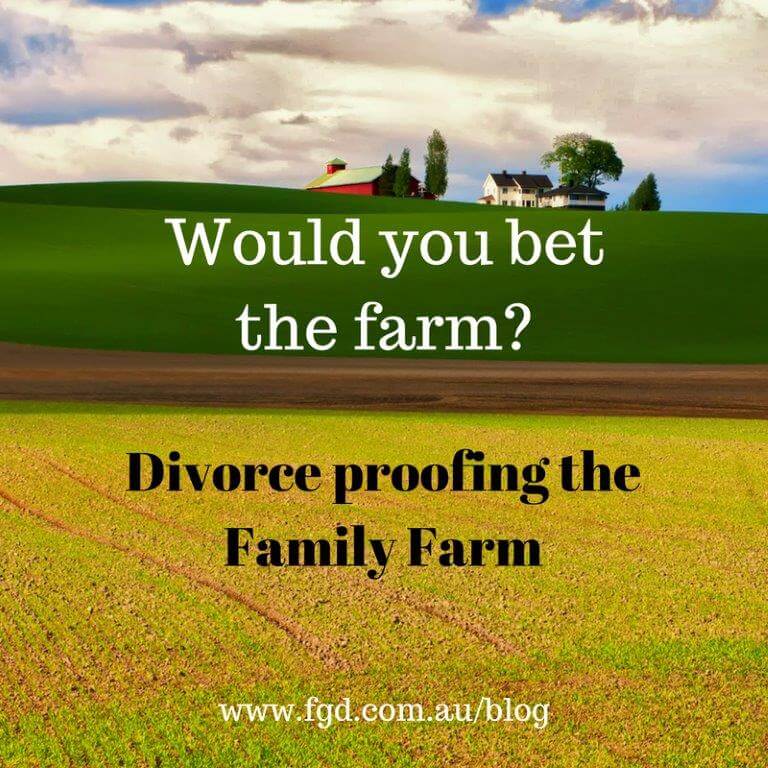 When a family who owns a farm, or rural property, experiences a relationship separation, things can get very complicated (and costly) particularly if you end up in Court. However, there are options to protect the farm, and yourselves, from a lengthy and costly battle.

When a dispute arises between a couple who own a standard house, usually obtaining a real estate valuation of that home is a straightforward process. However, with a rural property or family farm, it is often not just the real estate that needs to be valued. We have had cases where numerous experts have had to be consulted to explore the value of all aspects of a farm including the business value, plant and equipment, cattle, horses, sheep, vineyards, orchards, packing sheds, sand and mineral resources, water rights, easements, and more.

These factors then need to be considered in the context of how many parcels of land the farm is made up of, whether the parcels or blocks of land could be sold individually or in groups, if there is a possibility of subdivision, what access roads each block has, what loans and guarantees are secured on which parcels of land, which block (or blocks) has a house on it, who lives in the home, who built or paid for construction of any homes, any unapproved structures, who runs and maintains the farm, and what contributions have been made to the farm.

And to make matters worse, if the dispute is before the Court, each party might have their own competing experts giving their opinion, which can mean a longer and more expensive hearing.

These cases can also be further complicated by adult children being joined to the proceedings to make their own claim against the farm.

For example, let’s say Harry inherits a farm from his parents. He then marries Sally. They are together for 30 years and have 1 child Adam. All three of them work on the farm and establish a family business. When their son Adam turns 18, he continues to work on the farm and builds a house on one of the blocks for him and his wife Kirsty to live in, on the basis of a promise from his parents that the farm (or part of it) would eventually be transferred to him.

If Harry and Sally decide to separate, not only do they face the difficulties of valuing the farm, they may also be faced with a claim by Adam for his share of the family farm.

A further issue is that sometimes these families are asset rich, but income poor. So if for example Harry wanted to keep the farm, and Sally wanted cash, Harry might have to sell off some of the blocks to be able to make a payment to Sally, and maybe Adam as well.  If the blocks cannot be sold individually, the whole farm may need to be sold to finalise a property settlement between all parties.

In this scenario, Adam might enter into a Binding Financial Agreement with Kirsty prior to getting married that states that if they separate, Kirsty will have no claim against the farm, but will be entitled to 50% of any other assets they acquire together during the marriage. If Adam and Kirsty then separate, Harry and Sally (and the farm) are not involved.

Collaborative Law does not just look at what they would be entitled to under the Family Law Act, but considers other factors not usually examined by the Court. The parties use jointly agreed experts to advise them, and keep their dispute private.

Another benefit of Collaborative Law is that there is a lot more flexibility in the outcomes. For example, in this scenario, to help Harry keep the farm, Sally might agree to receive her property settlement paid in installments over a number of years, rather than in one lump sum or agree to take one or more of the blocks instead of a cash payment. Adam could also be invited to participate in the process so that his interest is also considered.

If you have an interest in a family farm, rural property or family business, and are concerned about possible separation (your own, or your children’s), contact us for confidential family law advice particular to your circumstances. 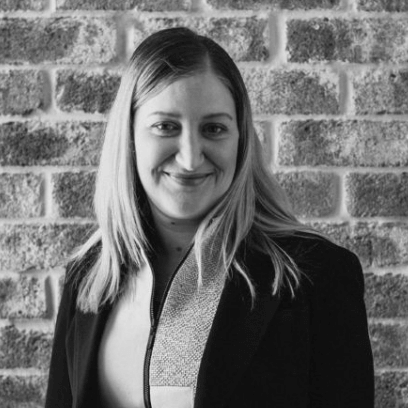