On 20 April 2012, Allison Baden-Clay was reported missing by her husband Gerard Baden-Clay. Ten days later, Allison’s body was discovered near where she lived in Queensland and less than 2 months later, her husband was charged with her murder. On 15 July 2014, Gerard was found guilty and given a life sentence.

On 8 December 2015 the husband appealed the conviction and the Court downgraded the crime to manslaughter. Subsequently in August 2016, the High Court of Australia reinstated the murder conviction and the life sentence. For Allison’s family, justice appeared to have been done.

There remained however the issue of Allison’s Will. Prior to her murder, in 1997 Allison and her husband prepared mirroring Wills which appointed the other as the sole executor and beneficiary. Following the husband’s murder charge, the Supreme Court of Queensland gave Allison’s father, Geoff Dickie temporary administration of her estate and ordered that her estate be held on trust pending the outcome of the High Court’s decision. If the husband was found not guilty and acquitted of his wife’s murder then he would resume his role as executor of her estate.

Following the High Court’s decision to reinstate the murder conviction, Allison’s father has now recently filed a formal application seeking to be appointed as Allison’s sole administrator, and seeking a declaration that his son-in-law not be entitled to receive any benefit from Allison’s estate on the basis of “Forfeiture Rule”.

The forfeiture rule is an established principle of law in Australia that any “person who is criminally responsible for the death of another forfeits their right to take property to which they would otherwise be entitled upon the death of another person for whose death they are responsible”. In other words, if a person is convicted of the murder (or manslaughter) of another person then they cannot legally inherit from that person’s estate.

The person is also excluded from benefiting from assets which don’t necessarily form part of the estate i.e. as a result of joint tenancy and payment of life insurance or superannuation proceeds. Queensland does not have specific legislation dealing with the Forfeiture Rule and follows the Common Law rule.

New South Wales has legislation (Forfeiture Act 1995) covering the Forfeiture Rule, but which also allows the Supreme Court discretion to permit some offenders access to the estate in certain circumstances. For example where a victim of long term domestic violence kills a person, they may be able to apply for forfeiture modification orders within 12 months of the death (or later with leave).

The ACT has similar legislation (Forfeiture Act 1991) allowing the offender to seek an order from the Supreme Court to modify the effect of the Forfeiture Rule if the application is made within 3 months from the day the offender is convicted of the office.

In the Baden-Clay case, the Common Law Forfeiture Rule applies to the husband and would have applied even if his murder conviction was downgraded to manslaughter. There was argument that the motive behind Allison’s murder was the financial benefit Baden-Clay would receive from her estate. This was ultimately rejected by the Court and would, in any case, be deemed irrelevant by the Court under the Forfeiture Rule.

Allison’s father will now administer his daughter’s $1 million dollar estate, which is set to be inherited by Allison’s 3 daughters. 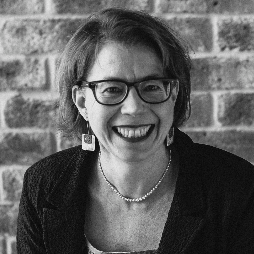 Kathryn Heuer is our director specialising in estate planning and estate disputes.