How and why the Family Court ordered chemo

My child has been diagnosed with a terminal illness. As his parents, we get to make all decisions about his health… right?

You may have read the recent news articles about the 6 year old boy, Oshin, in Western Australia who is terminally ill with cancer. After consideration of his medical options vs his life expectancy without treatment, his parents decided that they did not want him to undergo further treatment.

The treatment recommended was potentially life-saving but also very traumatic and reduced his quality of life. Whilst some parents may not agree with this decision, most would assume they get to make this decision about their child.

The child’s Doctor applied to the Family Court (WA) to seek a court order to proceed with the treatment. Usually the parties to court proceedings about a child are one or both of the child’s parents. On occasion, a grandparent may institute proceedings in relation to a grandchild.

The legislation provides that in addition to either or both of the child’s parents or a grandparent of the child instituting proceedings in relation to a child, any other person concerned with the care, welfare or development of the child. In this instance, the Doctor on behalf of the hospital treating Oshin was such a person.

The parents of 6 year old Oshin strongly opposed the making of the order, and detailed the extensive treatment he has had to date and the concerns that the mother and father have in relation to the impact of future treatment.

Evidence was filed on behalf of the doctors at the hospital who had been treating Oshin which detailed the extent of Oshin’s illness, proposed treatment and the potential outcome of Oshin undergoing this treatment. The Doctors were very strongly of the view that Oshin’s prospects of survival were ‘reasonable’ if the proposed treatment was undertaken and this treatment was ‘time critical’. The evidence makes it clear that Oshin will die within a few months if measures are not taken to prevent his death.

Oshin’s parents argued that he had suffered enough and that they wanted to consider alternative therapies including herbal therapies and changes to his diet. They also wanted to explore palliative care options to ensure the time he had left gave him the best possible quality of life.

The question the Judge needed to determine was what should be the ongoing treatment regime, if any, for Oshin. A tough decision to make.

Ultimately, a court must regard the best interest of the child as the paramount consideration.

The Judge in summary said:

‘It is accepted, of course, in all such matters, that parental responsibility for a child under the age of 18 years lies with the parents. The Parents have parental responsibility, which means ‘all the duties, powers, responsibility and authority, which, by law, parents have in relation to children’…but parental power is not unlimited. It is to be exercised in the best interests of the child, in this case, there is a dispute as to what is in the best interests of the child, hence the necessity for the court to make the decision’.

The outcome was that the Judge made Orders that Oshin should undergo the proposed treatment, against his parents’ wishes.

This is a rare case but raises interesting questions about the limits to parental power to make decisions about their child.

For anyone interested, the full judgement is available here: 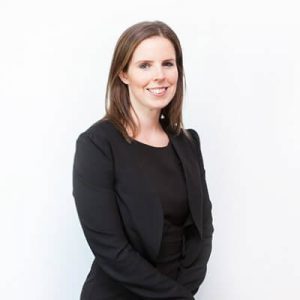