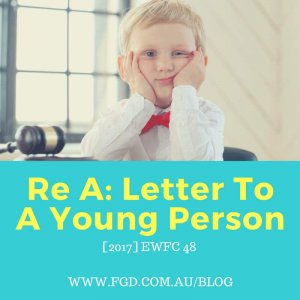 On social media this week I found a link to an English judgement where His Honour Mr Peter Jackson (of suit shop fame, in Australia) of the England & Wales Family Court wrote a judgement in the form of a letter to the young person involved in the case of Re A: Letter To A Young Person [2017] EWFC 48.

The case was an application made, ultimately by the father, to relocate with his 14 year old son from England to a Scandinavian country.  He was unsuccessful because the Family Court Judge said it would not be in his best interests to move. [See below for a link to the judgment]

There are a few interesting things about the case. Firstly the Court proceedings were initially started by the child himself. That can happen in Australia, pursuant to section 65C of the Family Law Act. It hasn’t happened in the time I’ve been in practice but in theory it can happen.

What happens more commonly is that in certain circumstances children have their own lawyer appointed and their lawyer advocates on their behalf.

Secondly the Family Court Judge refers to a section of the relevant legislation that sets out what matters the Court must consider when determining what is in a children’s best interests. It’s a commonly referred to section. For them it is section 1. For us it is section 60CC (doesn’t roll off the tongue as well).

In Australia children can be but are not routinely asked questions by a Family Court Judge and they don’t give evidence. In fact I think it would almost always be considered highly inappropriate. Further there is often a clause preventing the parties from discussing the proceedings or any judgement with a child, instead of a letter being written to the child concerned.

From my perspective it was interesting to read a different approach and I think it’s important to keep thinking about ways to run parenting cases. I tell people parenting legislation is like checkers, it’s easy to grasp the basic rules but very hard to learn the strategy.

If you need help with a complex parenting situation, particularly one before the Courts, I would be happy to discuss the best strategy for your situation, though I can’t guarantee the Judge will write your young person a letter at the end of it.

You can read the judgment here. 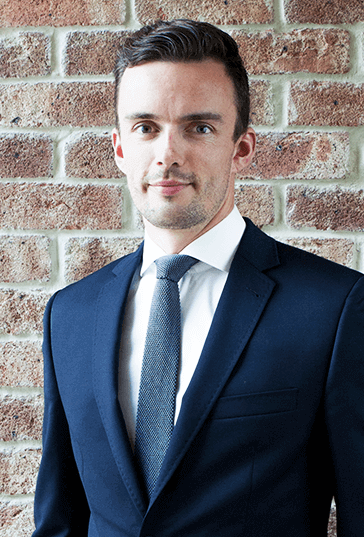