Who keeps the puppy? #NationalPuppyDay 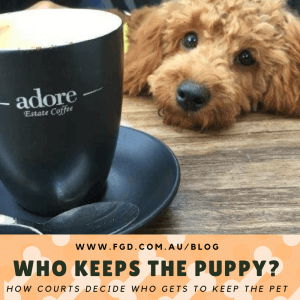 A recent Federal Circuit court judgment illustrates the difficulty parties can face when pets are involved in a separation.In Downey & Beale, Judge Harman was asked to decide who should retain the dog as part of the final settlement between a husband and wife.

In this case, the parties and their lawyers managed to agree on a property settlement and save themselves the additional emotional and financial cost of going to a final hearing. They managed to agree about how to divide every single piece of property except for one – the dog. And before you ask, yes, the dog is considered “property”.

As a dog (and cat) owner myself, the definition of animals as ‘property’ does not sit well with me. In his Judgement, Judge Harman quotes Roger Caras saying “dogs are not our whole life, but they make our lives whole”. I couldn’t agree more. However, the fact is that at the moment, animals, including beloved pets, are treated as property for the purposes of a property settlement between married and de facto couples.

In this particular case, His Honour considered a number of factors regarding the ownership of the dog (side note: believe it or not, the dog’s name was withheld from the judgement – presumably because using it’s name could have identified the parties – it makes me very curious as to what sort of unique name he/she may have had. For the purposes of this post, we’ll call her Lassie).

Some of considerations for the Court included:

The Wife’s case was that she had found Lassie as a puppy for sale (before marriage), took the Husband to see Lassie and the Husband offered to pay for Lassie as an early birthday present. This purchase occurred a few months prior to the Wife’s birthday. The wife also produced bank statements showing expenses she had paid for Lassie and documents from the vet listing her as Lassie’s owner. Lassie had also remained with the Wife after separation.

The Husband produced evidence that he initially purchased Lassie – and he disputed that it was as a gift. Unlike the wife however, he was unable to produce other documents regarding contributions he made to Lassie during the relationship. He did produce registration papers listing himself as Lassie’s owner, however he had only taken this step some 8 months after the parties separated, and when Lassie was still in the Wife’s possession.

Ultimately, His Honour held that the wife should retain possession and ownership of Lassie.

It is not uncommon in property proceedings for people to reach agreement on all of the “big ticket” items (such as the house and superannuation) and then get stuck on smaller items. Sometimes, this can result in the entire agreement falling over and the parties proceeding to hearing on all issues.

Sensibly in this case, the Husband and Wife retained their agreement on the big ticket items, and only sought a judgment about the one item in dispute.

This still would have been at additional cost to the parties, but clearly Lassie meant more to them than the legal fees.

We have a number of animal lovers in our office, and sometimes they even bring their pets in to the office to pay a visit. We understand that even though a pet is not viewed as a significant “asset” in the pool, it can be the most important thing to you. Some of our fur babies are below – can you pick who belongs to who? We’d love to see photos of your pets too! 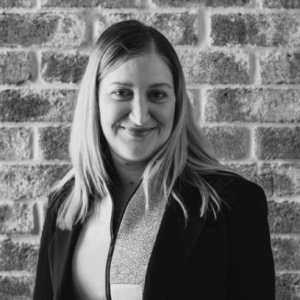